At least that is what a needlepoint pillow that was given to me at my third baby’s shower said. It was a sweet thought that was thrown into the crib with the other bedding until baby’s arrival. 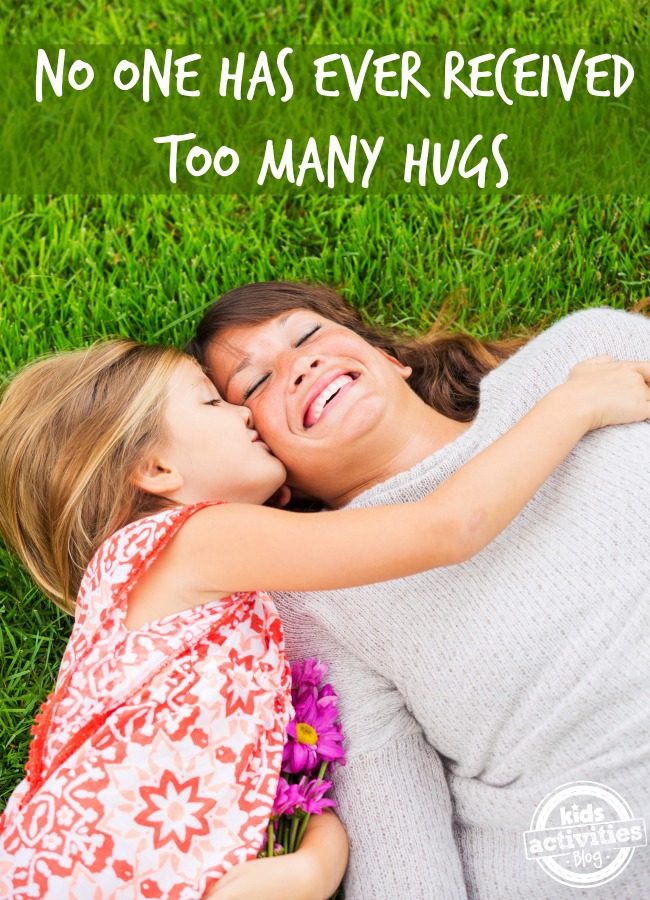 Since the shower, that statement has run through my head thousands of times. It was something that I consciously put into practice in my home of three boys.

I am not a huggy person. Our household is a potpourri of sensory issues.

But it is my  daily goal.

When the boys were little, reaching the goal was pretty easy. I grabbed the chance when I could and even on days that I failed…we still got quite a few hugs in! 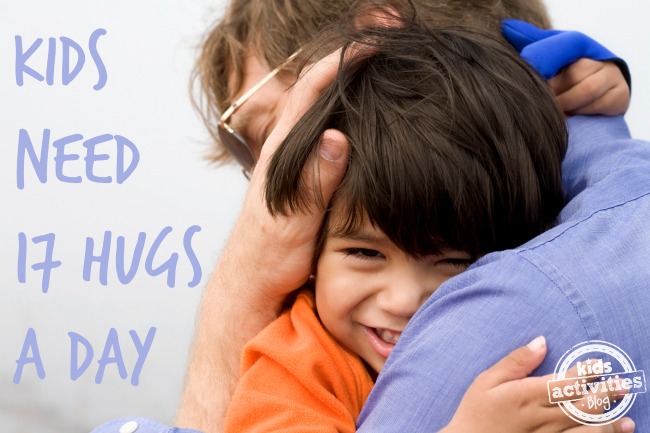 As the boys have gotten older, it is more challenging. There is definitely no public hugging! That would be mortifying.

When I was regularly not making my goal of 17, I let them in on the secret.  Suddenly they were invested in the goal of 17.  Suddenly it became a competition to out-hug a brother.

Meanwhile, I am racking up the hugs.

Every once in a while, a grumpy boy will be hug-resistant. I will chase him around the house, and it will have us both giggling before it is over.

Even a half-hearted hug is better than no hug.

Our 17 hugs a day has become a part of our family tradition. It is the first thing that is done in the morning and the last thing done before bed.

Lately, I have been on a search for the source of this research. It doesn’t seem to exist. But who is going to refute it?  Who would dare say it isn’t true?

I have empirical evidence and children who feel cheated if they only receive 16 hugs today.

For more parenting stories, tips, and advice; join us over on our Facebook page!

If your child is celebrating a birthday today, this fun birthday party hat sandwich will make lunch extra special.We adu...

Kids love a great slime recipe. The ewwwier the better! This slime recipe is super simple, like our library of other  p...

Learning in the preschool classroom involves investigation and play. Use these fun bug games to guide your preschoolers ...

April is National Poetry Month. Help your kids celebrate by writing some poetry of their own and by creating a “poet t...

If you’re looking for a way to help your children understand COVID-19, check out this free, accessible coronavirus chi...

As promised, here is an active Easter activity you can plan for your kids!  This ...

My son just hit the picky stage of toddlerhood where he won’t eat *just anything.* This Rainbow Pasta meets all th...

We’re crafting up a storm over here, while we are stuck inside the house, and these paper lantern hacks are like nothi...