If you have kids or know someone who does, you’ve likely heard of the popular Baby Shark song. I mean, it’s like the one song you cannot get away from. With that being said, there is reason Why The Baby Shark Song is So Popular and ultimately so easy to get stuck inside your head, Here’s Why… 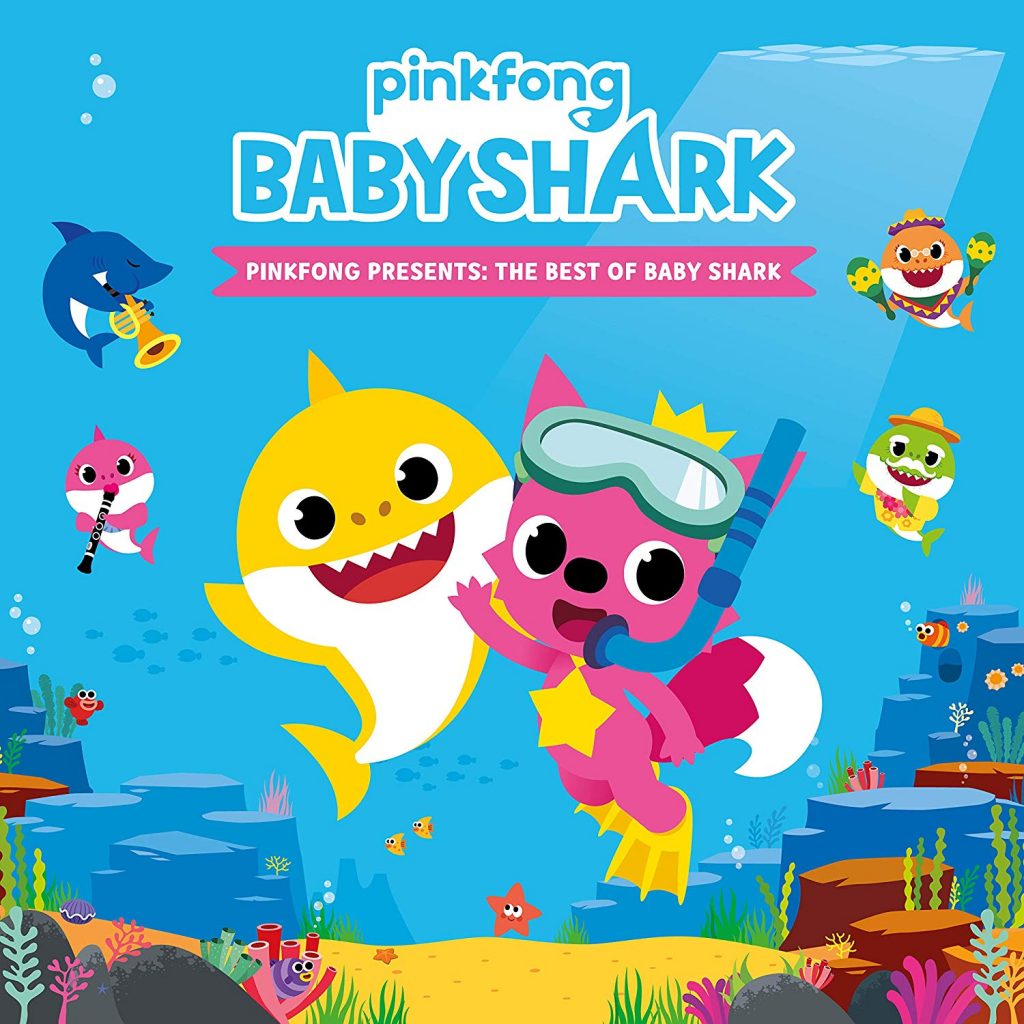 The ‘Baby Shark’ Song has become an internet sensation and truthfully, one of the ways I can calm my 10-month-old daughter down when she’s fussy or upset.

The reason why the ‘Baby Shark’ song is so popular is because it is a catchy, easy to memorize song with repetitive lyrics and it’s upbeat tune can turn a frown upside down. 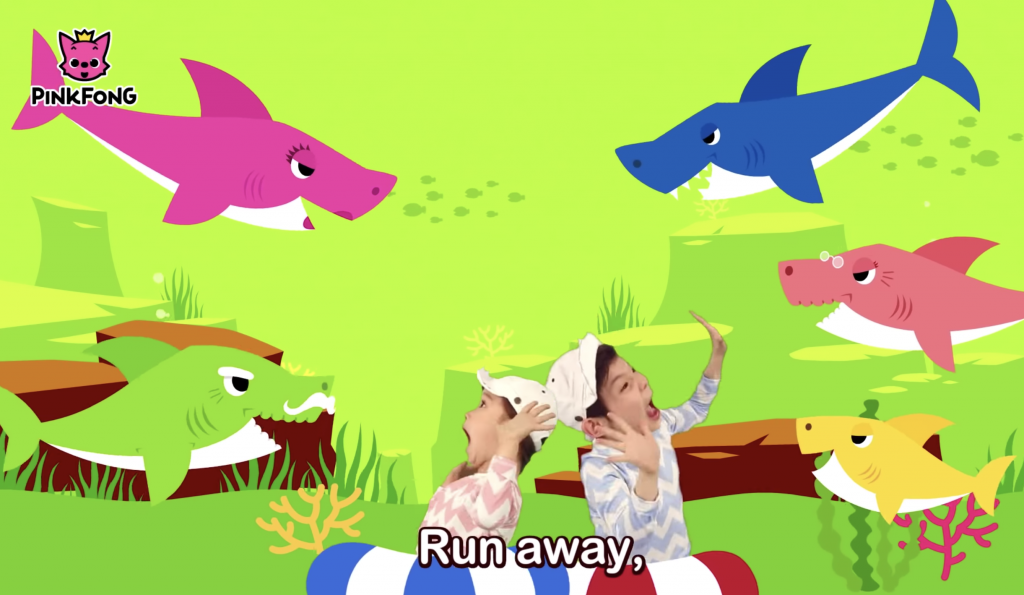 While that is the basic reason as to why the song is so good, it really has a scientific reason that makes one of the most viral songs in history and one you and your kids want to listen to it over and over.

To date, the Baby Shark song has been viewed over 3 million times on YouTube (from the original upload in 2016) so it has been worth taking note as to why… Doo Doo Doo Doo Doo Doo

At one point I jokingly told my husband there probably was some hidden message inside the song that makes us all want to listen to it. HA. But in reality, it’s more complex than that!

In My Opinion Here’s 5 Reasons Why The ‘Baby Shark’ Song is So Popular: 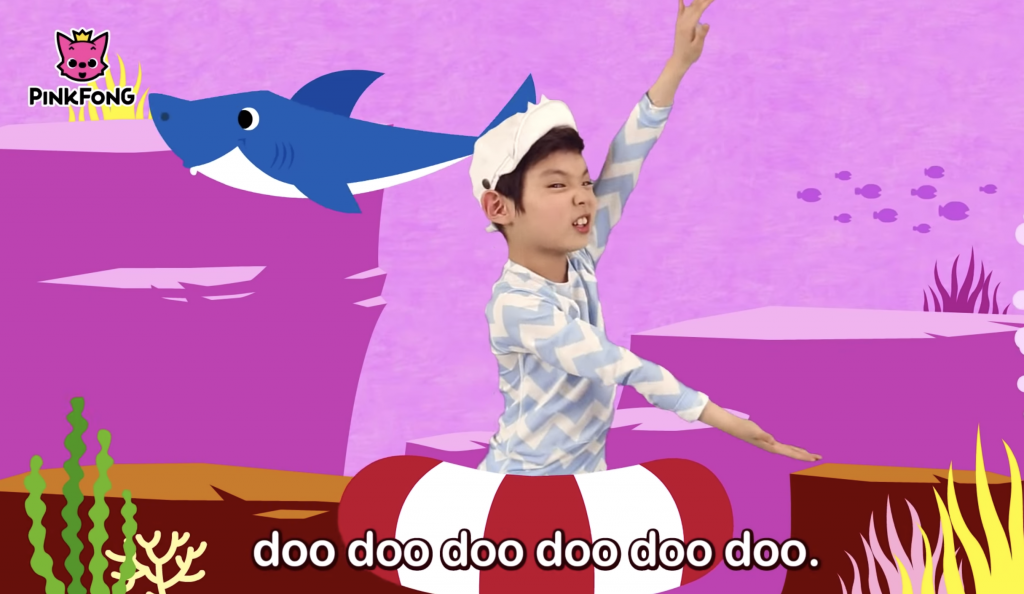 But that doesn’t really explain the scientific reason behind why it’s constantly stuck inside your head. According to research, studies have shown that “earworms” are the reason some songs just stick to us like glue.

An “earworm” is basically a part of a song that our brain sings. It’s basically our brain singing a song. In fact, in a study published in Proceedings of the 10th International Conference on Music Perception and Cognition proved just how much people experience these earworms:

Study conducted among 12,420 Finnish Internet users showed that 91.7 % of people reported experiencing this phenomenon (earworms) at least once a week.

Repetitive music or songs such as Baby Shark can breed earworms causing us to repeat snippets of the songs inside our heads often. Then we seek out wanting to listen to the song again and again. 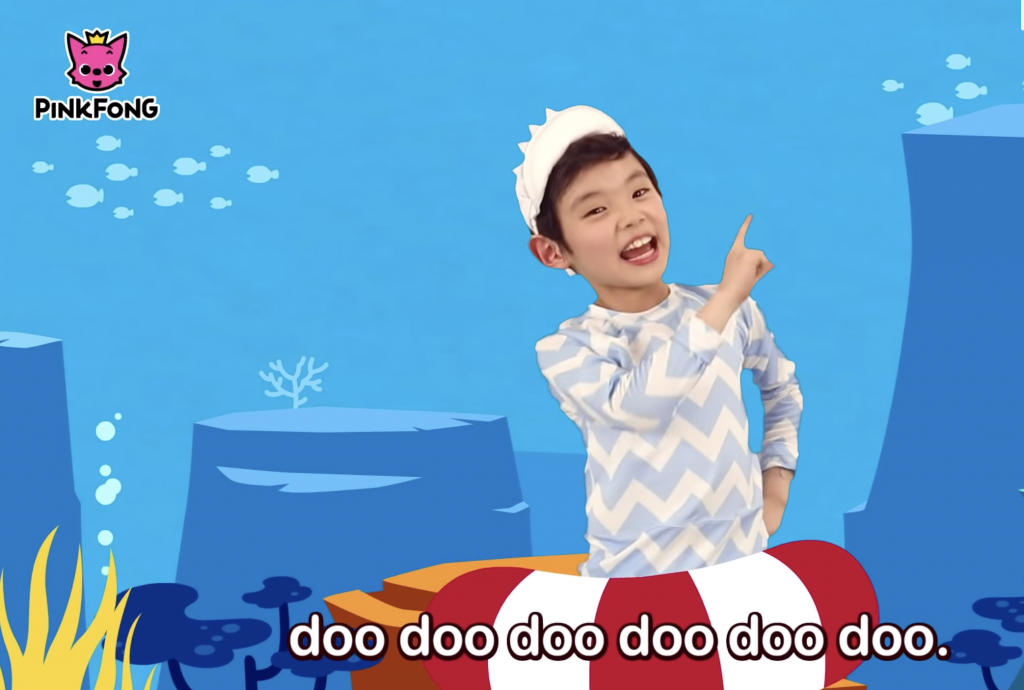 Music cognition research suggests that earworms could have something to do with how music affects the brain’s motor cortex, according to Margulis. When people listen to music, “there’s a lot of activity in the motor planning regions,” she says. “People are often imaginatively participating even while they’re sitting still.” (Source)

So, I guess that my opinions on why the baby shark song is so popular, seem to make sense scientifically. We listen to the song, create earworms, and then want to listen to it again all because it’s catchy and easy to memorize. Mind blowing, right? 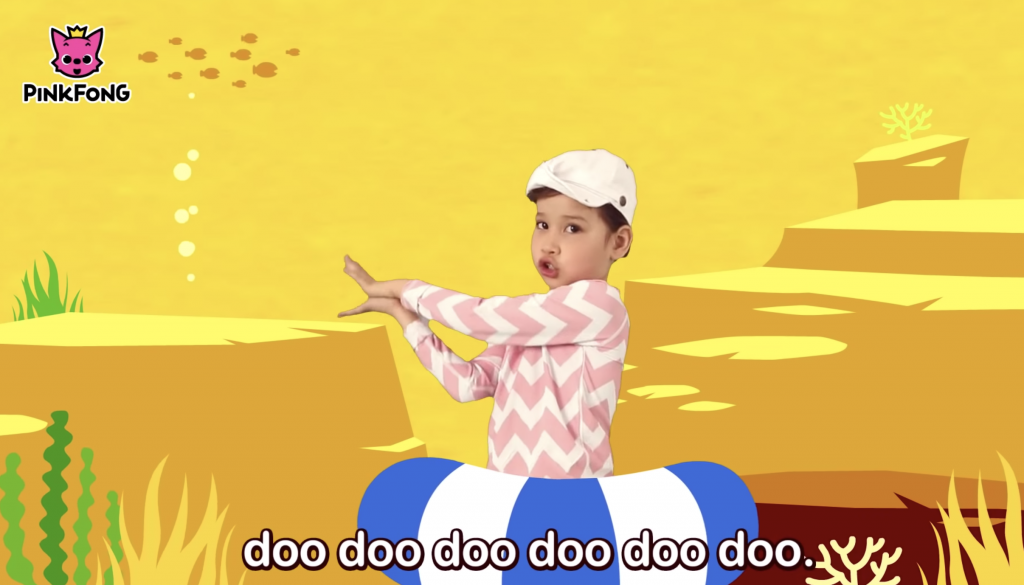 Now go listen to this song once more! In the meantime, if you are wanting more Baby Shark, check out:

I love finding fun little surprises for my kids for Valentine’s Day, and this Dash Mini Heart-Shaped Waffle Maker is o...

This article is sponsored by Invisalign®.  All opinions expressed are my own. It is back to school time which means a...

This Valentine’s Day math game makes counting fun! All you need are red hearts, red beans, and red dice. We hope that...

We have so many delicious Super Bowl snacks! Football season has gone by quickly, and now we are all preparing for the f...

With formal schooling beginning at earlier and earlier ages, many parents worry about their child’s ability to keep up...

Edible Valentine’s Slime is here for all the kids who love to get messy and sticky. Made with sugar and condensed mil...

Okay no gagging here but there is a This Device Allows You to Suck Snot Out Of Your Child’s Nose Without Getting It In...