Are mealtimes rough because your kids aren’t big fans of their food touching?

It’s a common problem for many kids, and adults too!  But this awesome Food Cubby is the perfect solution to that problem without having to purchase divided plastic dinnerware. 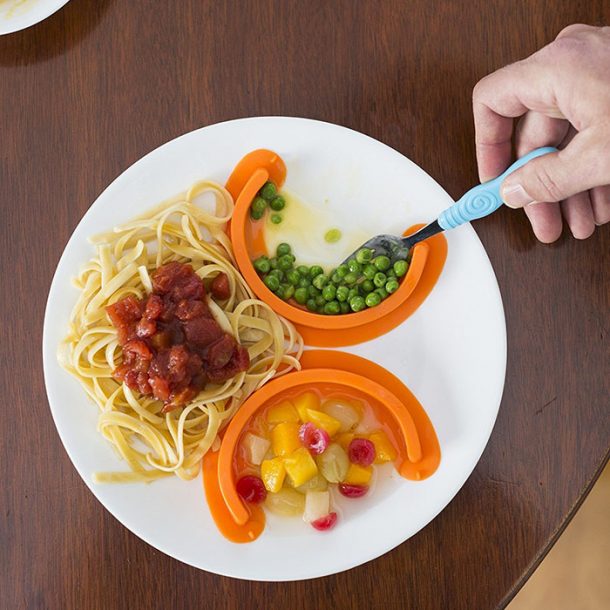 The Food Cubby consists of silicon half circles that suction to your regular dinner plate, allowing you to keep foods separate from each other.

Not only do the foods not touch, the suction aspect allows the food juices not to run too.  No more veggie juice touching the potatoes or gravy touching the bread. 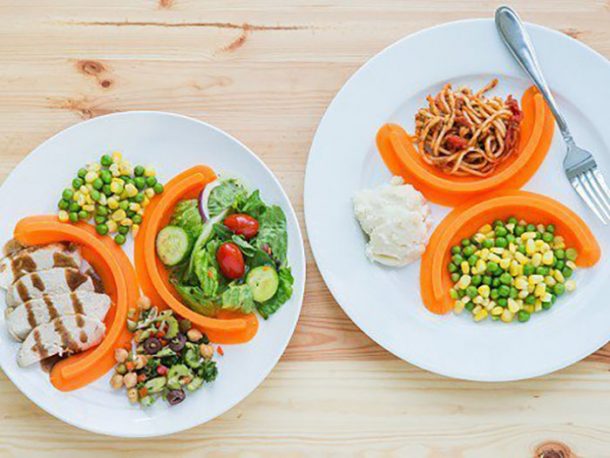 Moms and dads know that mealtimes can be rough with picky kids, and the Food Cubby is a simple way to reduce some of that drama.

With just a quick suction, all the food items can be separated and, since each half circle holds about 1 cup of food, it’s easy to fill the plate properly. 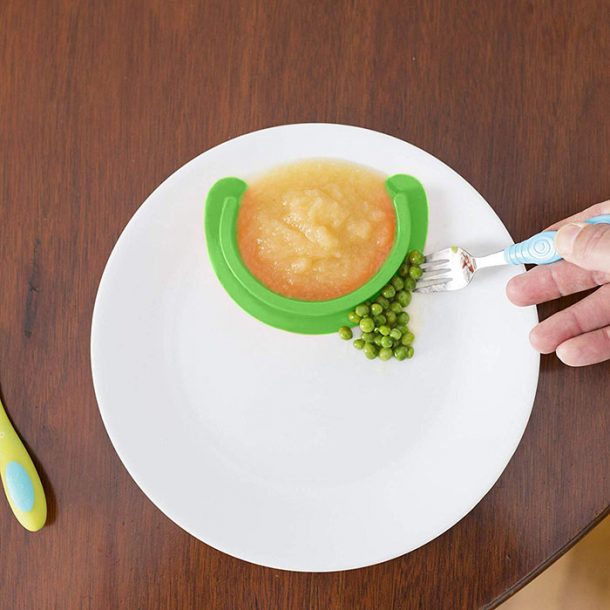 The Food Cubby comes in two-packs, allowing the separation of at least three types of food. They are made from BPA-free food safe silicone and are completely dishwasher safe as well. 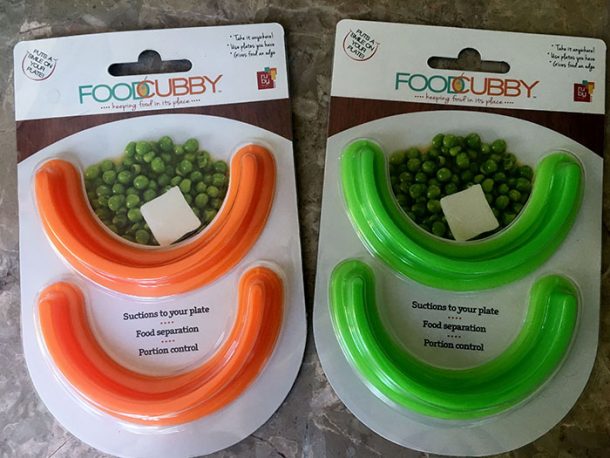 Besides keeping food from touching, the Food Cubby also acts as walls when scooping food while eating.  It’s a perfect idea for young children just learning how to control their forks or spoons and feed themselves.

The Food Cubby is available on Amazon, for just $14.99 for a two-pack of the half circles or one of the triangular version.

Put this one on the holiday shopping list! Spin Master Released A New Toy That Your Kids Can Teach To Fly and it is so ...

One of my goals has been to make amazing homemade Halloween costumes for my kids so, I love seeing costumes made by othe...

Playing outside with chalk is a great way to alleviate the indoor boredom right now. We’ve seen awesome ideas, from ch...

Harry Potter fans have a new reason to celebrate!  The British Library has placed their “Harry Potter: A History Of M...

Are you looking for Easter basket ideas with a health theme?  Instead of a basket...

Easter egg dyeing is one of my favorite artsy activities to do with my kids this time of year. But when you don’t have...

‘Captain Underpants’ and ‘Dog Man’ fans get excited. The author/illustrator behind the bestselling series, Dav P...